I’m the kind of guy who prefers things when they’re completed. I know sometimes, something that is planned to happen gets announced, but ends up getting folded. Also, I feel like some things just aren’t making it through. For this post, I will talk about 10 events, beings, and places that should have went to their places or should have been completed, though they never did so. These 10 events will be from both TV and real life.

#1: ALF’S DEPARTURE FROM EARTH IN THE “CONSIDER ME GONE” EPISODE

ALF, as we know, stood for Alien Life Form. We also know that his show premiered on NBC in 1986, when he crash-landed on Earth when his planet, Melmac exploded, and he landed where the Tanner family lived. The final episode of the show called “CONSIDER ME GONE” aired on March 24, 1990. During the episode, ALF gets a message from his alien friends, Skip and Rhonda, saying that the Melmacians have been planning to make their new homes on a New Melmac planet, and ALF agrees to go with them. During the night, Tanner family drops him off, and then Skip and Rhonda’s spaceship comes. But just as the spaceship gets closer, the Alien Task Force arrives on the scene, and then the spaceship flies away! The Alien Task Force captures ALF. Despite the “TO BE CONTINUED” message at the end of the episode, the network would not allow any more episodes to resolve this, but ABC aired a special called “PROJECT: ALF”, in 1996. There, contrary to the Tanner’s worries, ALF was doing just fine in captivity, until the Alien Task Force president ordered him to be executed. Luckily, his plan failed and he was arrested. Then, ALF finally gets released from captivity, but then, something else occurs: he is declared Earth’s intergalactic ambassador, so he was then to represent the planet. Who thought making ALF Earth’s ambassador when he was trying to go to his new home was a good idea? I’m okay if your opinion is different, but I prefer extraterrestrials when they’re on THEIR planets, not on Earth. 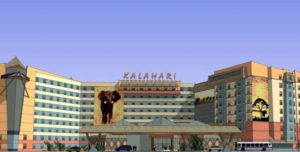 The Kalahari resorts as we know are some of America’s largest water parks. The Fredericksburg, Virginia location of Kalahari was announced in late 2007. Kalahari currently has locations in Wisconsin Dells, Wisconsin, Sandusky, Ohio, and Pocono Mountains, Pennsylvania, and another location is coming to Round Rock, Texas. What kind of sucks is that Fredericksburg isn’t a real resort town like Wisconsin Dells, Sandusky, and Pocono Mountains. Anyway, Kalahari president Todd Nelson said they had found a great location for it. The Fredericksburg location was to be located along the Interstate 95 and was to be larger than the Wisconsin Dells and Sandusky locations. This location was announced for groundbreaking in 2008, and for opening in late 2009. However, with lack of funding, they project was delayed. The Fredericksburg people said they had been looking forward to the resort. Currently, this location of Kalahari could have been a dead project, or at least one that’s on hold. Without Kalahari, I’m sure many attraction enthusiasts will have no reason to go to Fredericksburg (unless they need to pass through it to get to other places). 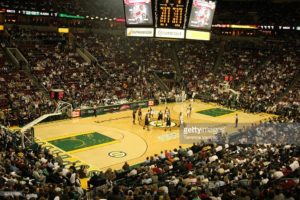 The Seattle SuperSonics of Seattle, Washington were an NBA team formed in 1967. They introduced a brown, furry mascot named Squatch in 1993. In the 2000’s, their old arena, KeyArena, was the smallest one in the NBA. Also, with heavy losses, a decision was made to get the team a new arena with Howard Schultz, a CEO for Starbucks Coffee Cooperation. After failing to get a new arena in the Seattle area, the team was sold to Oklahoma City, Oklahoma in 2006. When the team finally moved in Oklahoma City in 2008, they got a complete makeover, and they formed the Oklahoma City Thunder. Squatch must have been heartbroken when his team folded. 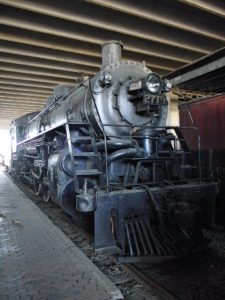 The Soo Line 2719 steam locomotive was built in May of 1923, and it ran until its 1959 retirement. It was then displayed in Eau Claire, Wisconsin until 1996, when a restoration for it began. It then returned to service in 1998. Then, in 2013, its 15-year boiler operations were to have expired in the summer, but it went further, as late as September. It was said to have gotten its 15-year overhaul afterward, but for some reason, it was soon loaned to the Lake Superior Railroad Museum for display instead. Though the 2719 has an unknown future, if it DID get that overhaul in the first place, it could have been back in service by now.

#5: WISCONSIN’S VICTORY OVER DUKE IN THE 2015 NATIONAL CHAMPIONSHIP GAME

The Wisconsin Badgers had made to the NCAA Final Four in 2014, where they played the Kentucky Wildcats, though Kentucky won that game by just one point. Afterward, they made a goal to make their first national championship since 1941. The next year, they made it to the Final Four again, where they faced Kentucky again. But this time, Kentucky was then undefeated, but Wisconsin won, 71-64. Then, the Badgers faced the Duke Blue Devils in the national championship game. Wisconsin and Duke had already met earlier that season in December, but Duke won 80-70. Duke had already won 4 national championships. At one point in the second half, Wisconsin had a 9-point lead, but after Duke took a time-out, they managed to make a comeback, and within the last 5 and a half minutes, they took the lead for the first time in the second half. The Blue Devils ended up winning 68-63. Badger assistant coach Greg Gard said that the Badgers knew they were going to win. With all that I said above, it would have been more fair if WISCONSIN won that game, wouldn’t it?

#6: THE FINISHING CONSTRUCTION OF WHITEWATER, WISCONSIN’S ROAD TO NOWHERE

When this road was constructed in 2004, it was originally going to be made for houses, but as beyond where it stops isn’t so great, the rest of the construction was cancelled. It stops in a cornfield, but it is used for dog walks. I’m sure the last thing this road needs is to permanently stay like this. I’m trying to imagine where there are other “road to nowheres” like this in the world? 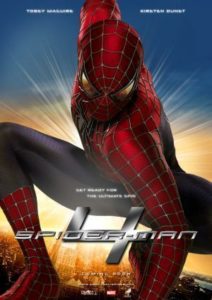 Development for this film began in 2008. This Spiderman franchise had a first film in 2002, a second film in 2004, and a third film in 2007. Sony also gave this film a release date of May 5, 2011. The Green Goblin was the villain for the first film, Doctor Octopus was the villain for the second film, and the New Goblin, Venom, and Sandman were the villains for the third film. The Lizard and a few others where going to be this film’s villains. But with so many issues during 2009, the film was cancelled in January 2010. However, here’s one good thing about the film’s cancellation: it lead to the creation of THE AMAZING SPIDERMAN film of 2012. 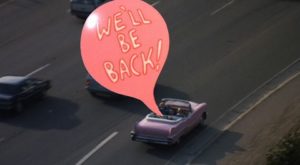 MAC stands for Mysterious Alien Creature. The film MAC was in is called MAC AND ME, which was released in August of 1988. In the film, an NASA spacecraft comes to MAC’s planet, and he and his family get sucked in the spacecraft before it makes its way back to Earth. But MAC and his family have an amazing power: they can destroy or heal anything they touch! They use their powers to get rid of all the people who are attacking them. MAC’s family gets stranded in the desert, will MAC himself gets into a car with the Cruise family moving from Illinois to California. Their youngest son, Eric, who is in a wheelchair, befriends MAC. Together, they find MAC’s family in an abandoned mine. When Eric is killed in a crossfire explosion, MAC and his family use their powers to bring him back to life. The final scene shows MAC and his family riding in a car, along with the kids who helped them. When they are driving, a bubblegum message shows up, that reads “WE’LL BE BACK!”, but then it pops as they are going under a highway bridge. However, with so many box office returns and negative reviews, the sequel for this film was then cancelled. The reason I’m putting this in my post is because of that “WE’LL BE BACK!” message. I guess now because the sequel was cancelled, this is now a bit of a cliffhanger movie. 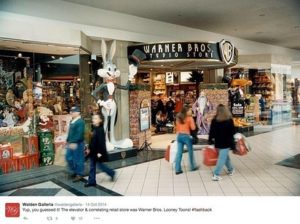 The Warner Bros. Studio Stores were a chain of shops where you could buy figures and items with Warner Bros. features. The first Warner Bros. Studio Store opened in 1991. In 1993, the chain pulled into 5th Ave. and 57 St. in New York City, as well as one in Times Square in 1998. The 5th ave. store expanded with 6 higher floors in 1996. This chain also came into malls, as well as a few locations in Chicago. The WB Studio Stores proved very successful in their early years, but they said their sales in their later years were disappointing. In January of 2000, a plan was announced to have Time Warner and America Online merge. Under the new agreement, they said the chain would have to look there a new owner that sold anything WB-related, and they warned that if they didn’t, they would shut the stores. The following year, after failing to find the chain a new owner, all WB Studio Stores went out of business for good.

In POKEMON episode 25, “PRIMEAPE GOES BANANAS”, a wild Mankey appears. Team Rocket then makes Mankey angry, and it evolves into a Primeape. After a lot of encouragement, Ash and his Charmander work together to finally capture Primeape. Four episodes later, in “THE PUNCHY POKEMON”, Primeape begins to listen to Ash’s commands on the P-1 fighting tournament, and they eventually win the tournament and they championship belt. Just then, a man named Anthony who was also in the tournament offers to train Primeape for a while to have it become a true P-1 champion. Ash agrees, and leaves Primeape with a tearful goodbye. So far, Primeape is the only Pokemon left for training that has not be reunited with Ash. Also, giving a Pokemon that you caught not so long ago, that has just start listening to you, and has just won a tournament for training for so long has to be one of the saddest things in the anime. The Pokemon Wiki even said that this Primeape is now Anthony’s. But this anime as we know it is still in production, and you never know what might just turn up.

This post is now through. This is how these things are for now, but who knows what could happen in the future!