Well, now it’s August again, but believe it or not, my school year does not start until September 5, meaning summer will not end at the end of August, so I will probably actually upload my summer-end during September 4. It’s hard to believe I’ll be in high school in one month from now….

Well, this post was pasted two years ago, so you may not remember it, but I did one in August 2015 that features many duet love songs.

First thing first, you may have heard of Peabo Bryson and Regina Belle’s “A WHOLE NEW WORLD” song from Disney’s ALADDIN. 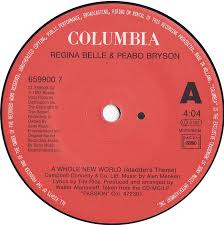 Peabo and Regina recorded three others songs together: “WITHOUT YOU”, “I CAN’T IMAGINE”, and TOTAL PRAISE”.

A year earlier, Peabo had recorded with Celine Dion, “BEAUTY AND THE BEAST”.

James Ingram and Linda Ronstant sang “SOMEWHERE OUT THERE” in the late 1980’s, though there was a rumor that Celine and Peabo sung it.

Okay, and now for the NEW love songs on my website:

In 1980, the duo group England Dan and John Ford Coley performed, “JUST TELL ME YOU LOVE ME”.

Finally the last song for this post is, “UNCHAINED MELODY”. Down below are two versions of the song, sung by the Righteous Brothers and Barry Manilow. With the “UNCHAINED MELODY” title, you’re probably not quite understanding why this song is so romantic. Well, all you have to do is listen to the two videos below and you will know why.

If you are lucky, you JUST MIGHT hear one of the love songs on my website while you are out on a drive!