Sadly, I did NOT make another Oliver comic on October 6, 2013. I’ve just been to busy with other things to write more comics latter that year. I’ll think about whether I want to publish another Oliver Comic or not.

The first comic of OLIVER THE WHITE-TAILED DEER by Gilbert. At the time, he wanted the character to become famous, but now he doesn’t care about that. The series began on June 23, 2013 and so far has run for only 3 days. The next Oliver the Deer comic will be published on October 6, 2013 with more future comics in store for late 2013. 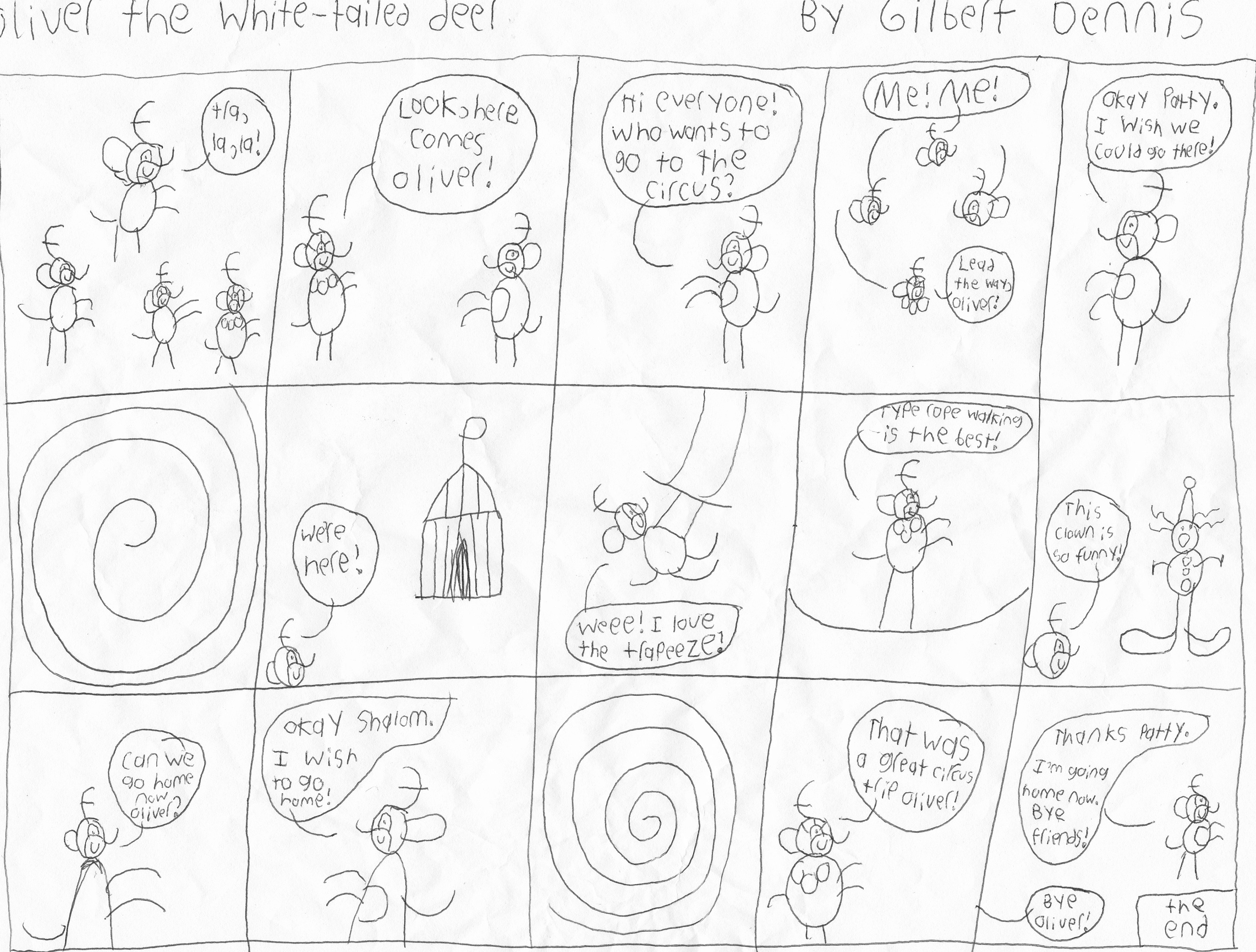