Plymouth, Wisconsin has 2 railroad crossings shown below. One is at Elizabeth Street, and the other is at Main and Milwaukee Street. 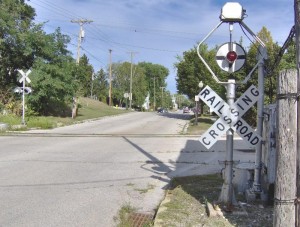 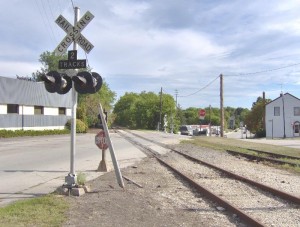 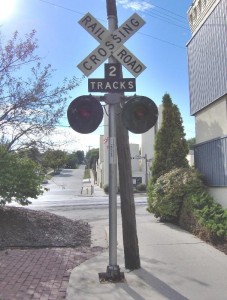 There’s an interesting story beyond these crossings. A few decades ago (before 1981), there used to be a total of 6 Wig-Wags here. The Milwaukee Road Rails owned one half of the signals and the CNW Rails owned the other half. In 1981, the Milwaukee Road Rails replaced their half of the signals with modern flashers, while the CNW Rails somewhat left their half alone.

There used to be a road called Main Street here, but was closed in 1993, and is now Milwaukee Street. The signal in the picture to the right above used to protect that part, but now it’s a pedestrian signal. 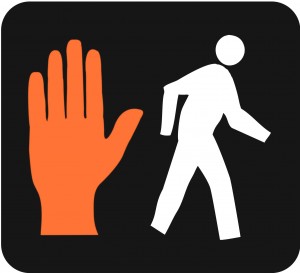 Notice that none of those signals have bells. I guess it’s kind of weird that they would leave them out. Don’t worry, though, I’m sure the bells will be added eventually.

Okay here was another Wig-Wag location: In Vernon, Michigan at Parmenter Road. 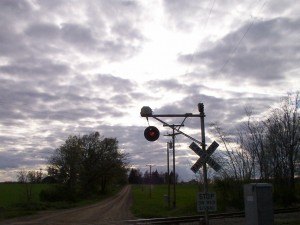 Now, this was no ordinary Wig-Wag. It’s banner had been changed out for unknown reasons, and believe it or not, it was replaced with a HIGHWAY FLASHER LIGHT! The bell ran a little faster than a normal one does. The crossbuck on the signal was installed backwards, and the small, bottom sign said “STOP ON RED SIGNAL” instead of “STOP WHEN SINGING”.

This was also rumored to be the last Wig-Wag in the state of Michigan. The other side only had a crossbuck and a stop sign on a wooden post. 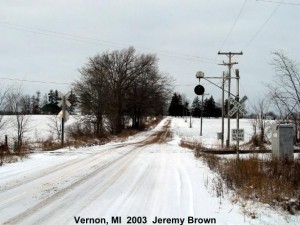 Sadly, on Valentine’s Day, 2005, a grader accidentally hit this Wig-Wag while it was snowplowing through here. The Wig-Wag was too damaged to be put back into service, so the workers installed a crossbuck on a wooden post in place of it. Don’t worry, though, standard flashers replaced the 2 crossbucks and the stop sign shortly afterward.

That’s the end of this post. Stay tuned for my next one!